Simulation and offline programming (OLP) software allows the user to design, program, and debug a robot system before physically installing any equipment. As a result, these software tools help to significantly reduce commissioning costs during the installation of the robot system. 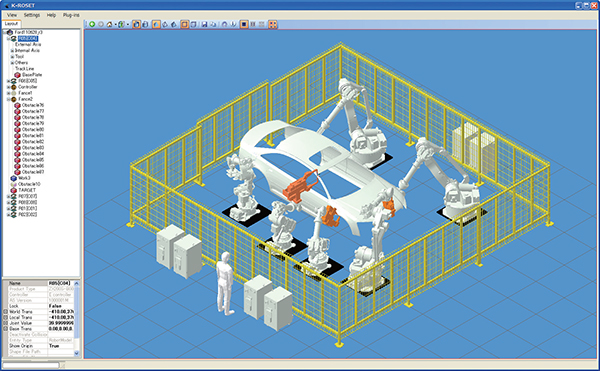 K-ROSET is Kawasaki’s offline robot simulation software. This tool allows the user to add 3D models of Kawasaki robots, peripheral equipment, robot tools, and workpieces into a virtual environment and build multi-robot automation work cells. The software emulates the processes of the actual Kawasaki robot controller and allows the user to interact with the 3D robot model through the teach pendant screens and button layout. The user can build a complete 3D representation of a work cell, write application-specific robot code, then run the robot code while viewing the robot motion and logic from the comfort of a laptop screen.

K-ROSET has several built-in tools to maximize the effectiveness of the simulation such as collision detection, cycle time analysis, and installation position analysis. The collision detection function alerts the user if objects collide during program operation. As the simulation is processed by the virtual robot controller, the trajectories and cycle time analysis tool produces highly accurate results. The user can output a video file of the 3D virtual work cell to use for design reviews and sales presentations. 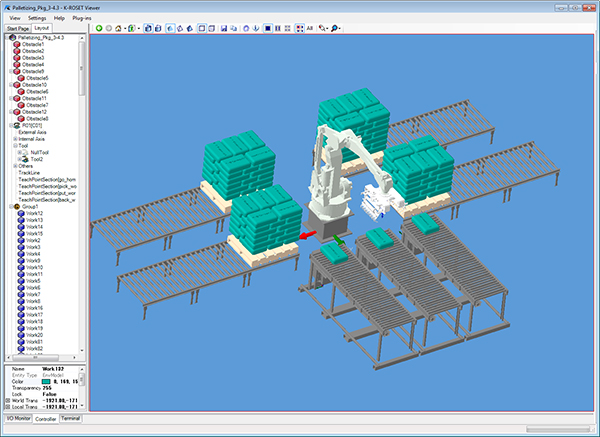 Built on top of the K-ROSET platform, K-SPARC is Kawasaki’s palletizing software. This tool guides the user through simple steps to program a single robot palletizing work cell.

From start to finish, the user can achieve a ready-to-load AS program that can be used directly in the robot controller. K-SPARC supports both bag and box palletizing with over 100 built-in patterns available to choose from. In addition to writing the AS robot code, K-SPARC also outputs fully developed user interfaces that can be directly implemented into production. 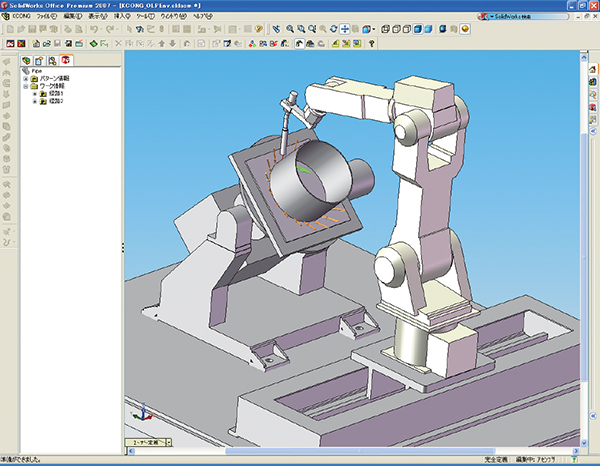 The KCONG (Kawasaki Common Offline NC data Generator) offline programming software is used to automatically generate a robot’s welding path based off of workpiece geometry. 3D CAD part and tooling data is imported into KCONG along with a library of supplied Kawasaki robot models. The user then inputs application parameters and selects workpiece geometry to automatically generate the robot welding path.

K-CONG makes generating tool paths for complicated arc welding joint geometry easy and fast. Depending on the complexity, teaching the path may normally require hundreds of manually taught points that take a significant amount of time and cost on-site to implement. Once the application parameters have been entered and the workpiece geometry selected, the user can then view the simulation of the arc welding process, check for collisions, and make fine adjustments to the generated robot path.